Subjectivity and Ghosts: Is There Anybody Out There?

Ghosts in Film and Fiction, Part 1

“Do you believe in ghosts?” It’s a common question asked particularly of writers who specialise in ghost stories. There are, no doubt, many answers. Here is one.

Ghosts thrive on the ambiguity that exists between objective experience and subjective response. If, as many philosophers have argued, the world is a whirlpool of quantum energies that gain form and meaning from our perception of reality and the forms we impose on it, then the distinction between subject and object must blur at times, perhaps often. Maybe it’s in that borderland that ghosts exist. 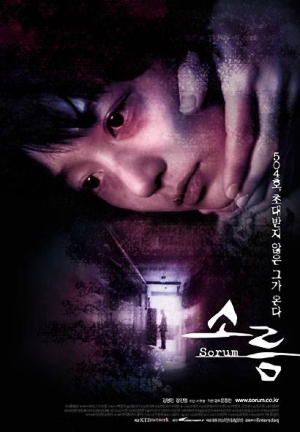 Ghost stories, both written word and film, reflect this objective/subjective divide. For example, though its credentials as a bona fide genre horror film will inevitably be a matter for debate, the South Korean film Sorum [aka Goosebumps] (2001), directed by Jong-Chan Yun, has definite claim to being a ghost story, albeit one that lacks “objective” ghosts. In fact, its arthouse manner and psychological horrors offer up one of the most haunted environments to be found on film, rivaling The Shining‘s Overlook Hotel and The Haunting‘s Hill House and other famous bad places — as dark, unhappy and soaked in evil memory as any generic celluloid spookhouse. Even if, more so than Hill House, the tenement’s haunting originates in the minds and souls of its inhabitants, the dilapidated tenement that is the focus of the narrative nevertheless contains a presence that does what ghosts of a more objective kind generally do: express a lack of spiritual and emotional resolution by imposing the past upon the present. The unraveling of a dire mystery resonating from the past, fear of ill-understood shadowy memories, final revelation of a crucial if unexpected relationship, inner violence erupting in physical attack as the act of remembering activates a terrible “curse”: these are all the stuff of ghost stories — and though no dead wet girls or demonic apparitions are in evidence (except in a passing dream as memories begin to surface), a ghost story is what Sorum most definitely is.

Slow-paced and pessimistic, set against a background of almost continual storm and building toward violence made more potent for the earlier stillness from which it grows, Sorum is inhabited by characters who are the living dead, moving through life without connection or joy, yet desiring a connection they may never be able to find. In a way it is a romantic tragedy told using the underlying dynamics of a ghost story. Not a commercial film (though successful at the box office), it is nevertheless darkly riveting and deeply moving, especially if approached without the sort of genre expectations that demand the sort of standard narrative attitude in which director Jong-Chan Yun shows only a somewhat subverted interest.

Sorum represents one particularly extreme approach to the issue of subjectivity in ghost stories. It’s a question that applies to some of the best of them and has obvious reference to anecdotal evidence for real-world hauntings: to what extent is it all in the mind of the beholder? 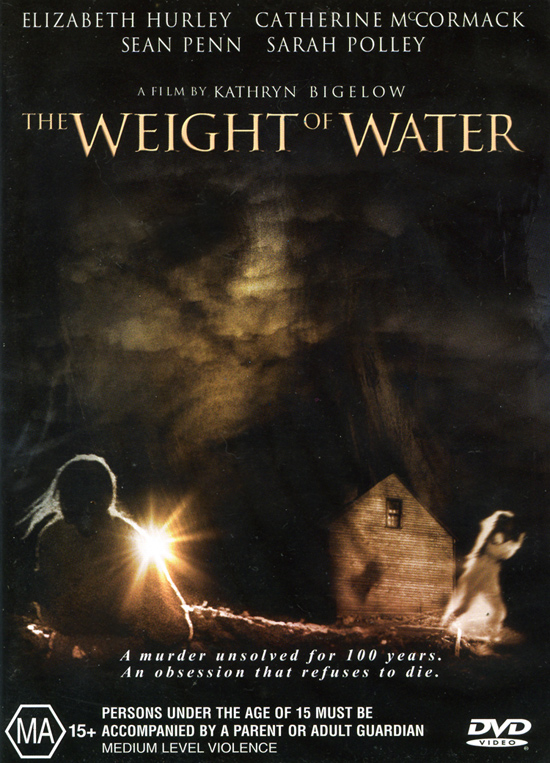 In my award-winning article Vengeance From Beyond the Grave?, I argue the case for seeing the film Weight of Water as a bona fide ghost story, even though it is arguably a cross-temporal drama, and ghostly events in it can be seen as either a product of the characters’ emotional connection with the past or as artistic and structural synchronicities imposed by the director.

More typically, Henry James’ 1898 novella, “Turn of the Screw” — regarded as one of the great ghost stories — refuses throughout to untangle the spectral events from the subjective imaginings of the unnamed governess, and has therefore given rise to decades of debate as to whether or not the ghosts are “real” or merely figments of her over-wrought imagination. This ambiguity has carried over into cinematic versions of the story, particularly Jack Clayton’s excellent 1961 The Innocents.

Relying less on ambiguity, the 1963 Robert Wise masterpiece The Haunting — though it tends to validate the objectivity of events as well — gives the titular haunting a decidedly subjective feel, placing the emotionally vulnerable Eleanor at the centre of the ghostly manifestations. The same applies to the novel on which it was based — Shirley Jackson’s The Haunting of Hill House. When the events of the haunting are made blatantly objective, as in Jan De Bont’s 1999 visually splendid but rather unsubtle remake, the actual story completely unravels and all valid emotional content departs. This version is all surface and no depth, the metaphorical power of the original having been dissipated in the process of giving it a full CGI makeover.

The metaphor lying behind Kiyoshi Kurosawa’s Kaïro [aka Pulse] (2001) is a particularly potent and unusual one. Kurosawa’s apocalyptic ghost story — one of the creepiest films I’ve ever seen — isn’t ambiguous in its approach to the ghosts, but rather it visualizes the central metaphor in terms of ghostly imagery, as Tokyo — and by implication the world — turns into a ghost town, its inhabitants lost to the isolationism of modern society and its technologies. Here the ghosts are totally subjective in the sense that they are what remains of individuals lost to loneliness — the dusty residue of shadows on walls and desperate, barely coordinated spectres reaching out to the living and drawing them into their own non-life.

The influence of subjectivity, then — often appearing in its most extreme form as ambiguity — is common to the best ghost stories, and arguably it is what makes them both creepy and emotionally potent.

What this tussle between subjectivity and objectivity means for ghosts as such, however, is a question that is difficult to rationalise, and your own response will rather depend on how you view the world. Though as a fiction writer I have produced many ghost stories, as first evidenced by the collection Immaterial: Ghost Stories (2000), it’s not because I accept the objective existence of ghosts but because I find them to have great metaphorical (or subjective) power. Indeed I can’t say I’ve had any real-world experience that I would conclusively acknowledge as a ghostly encounter. Back when Immaterial first appeared, an interviewer (Kyla Ward) asked me whether I had ever seen a ghost. This was my answer:

The closest I would say I’ve come was at points when I was particularly emotional, when various traumatic events had happened in my life. I’ll mention two. One was the break-up of my first marriage, which went through a fairly bad, uncertain stage. I remember early one morning I woke up, or thought I woke up, and there was this hideous face right next to the bed, centimetres from me. I screamed and jerked awake. I was fully awake then and there was nothing there, of course. Now, was that a ghost? It felt like it at the time. Yet the psychological ‘cause’ also seems obvious.

The other one, not horrific, was when Luke my stepson died. One night just after his death I was dreaming, I guess, but in the dream I went into the lounge room and Luke was there. I talked to him for a long time, I don’t remember what we talked about but I had a strong sense of talking and a strong sense of his presence. At one point in the dream I thought to myself, ‘Hang on, I can’t be talking to him, because he’s dead.’ Then I woke up. But I was left with an extremely strong sense of his presence. I wasn’t scared, on the contrary I was grateful because the sense of his presence was so strong it was like having him back again for a moment. Now, it would be very easy, if I was a different sort of person, to interpret the whole thing as a spectral visitation. And in some sense, maybe it was. Whether it was a visitation from Luke’s literal ghost or whether it was my memories of him being manifested, at a subconscious level I obviously wanted to talk to him about things. I came out of the dream feeling better, feeling happier. Not about the situation, but about the moment and about my own acceptance of what had happened. So that seemed like a haunting, too. 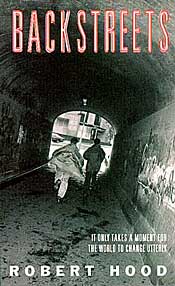 This sort of emotional experience of death and loss is what I explore in my novel Backstreets (Hodder Headline, 2000), which was dedicated to Luke. The central premise — that main character Kel, unable to accept the death of his best friend Bryce, comes to believe that his friend is simply lost somewhere in the backstreets of the city, along with the spirits of other lost youths — is a literary objectification of the experience of grief. The book has a supernatural air, though no literal justification is given to Kel’s belief.

Perhaps such ambiguity is inevitable when it comes to ghostly phenomenon. If there is such a ‘thing’ as a ghost, can it ever be clear-cut that it exists in what we consider the real world? Ghosts, even if they are to be considered objective in some way, exist in and are products of a subjective reality as well. There is a material world that we all take part in and then there’s an immaterial world — the other side, the emotional world, the world of memory and loss, the world of desire and hope — that is largely our own. Ghosts are inhabitants of both. So it’s never absolutely certain whether they’re internal or external. Psychic researchers can try all they like to find scientific proof of ghosts, and maybe they will one day — but I suspect we will live with the ambiguity forever, because that seems to me to be intrinsic to this phenomenon.

At any rate, to my mind as a writer, subjectivity is the essence of ghost stories. Ghosts are creations of memory. They are memories made manifest. And as such they haunt the world of our emotions.